Get discovered by employers. Create your
job seeker profile and resume today!

The Best Jobs in Healthcare for 2014 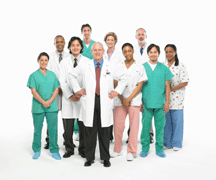 The healthcare industry is the backbone of the U.S. job landscape, and with good reason—it’s one sector where hiring growth is above average, and many professionals in the industry strive to make an impact on the lives of the people they help.

Physical therapists, one of the year's best jobs in healthcare along with dietitians and physiologists, are devoted to maintaining quality life and function, primarily as preventative care. All three fields have a high growth outlook and strong salaries, as well as the public’s increased awareness of their importance.

Miranda says he became interested in a career as a physical therapist while in high school. An active athlete who participated in baseball, basketball, soccer and wrestling, Miranda says that back pain brought him into physical therapy as a patient. He later earned a degree and became a physical therapist, and has since taken an aggressive approach to his education to rise to the top of his profession.

He’s currently a doctoral candidate at Texas Tech University, and Miranda says his career choice allows him to have a profound impact on the lives of others, which makes his day-to-day efforts worthwhile.

“I had a 26-year-old cancer patient,” Miranda says. “Her goal is to be able to work out again. It was her identity...part of her life...and I was able to help give that back to her.”

Job prospects across the entire healthcare sector are expected to grow through the next decade as more Americans gain access to health insurance and providers add staff to meet the demands, according to the U.S. Bureau of Labor Statistics (BLS).

Healthcare employment remained strong through the recession, and has continued to grow this year, with unemployment falling to just 3.7%. In fact, the BLS projects that employers in health care will account for 5 million new hires by 2022.

To be sure, not every healthcare job has the same hands-on impact that Adrian Miranda sees as a physical therapist, where job growth is expected to rise 36% by 2022, the BLS reports. But there are a wide range of health care careers that offer the ability to help patients get better, which can be extremely rewarding. Consider pharmacists. While you may not consider their role to be critical, anyone who has ever desperately needed a prescription filled knows just how significant their work is—and they are handsomely rewarded for it with an average annual salary of $116,670.

Of course, getting started as a pharmacist requires a significant educational investment of both time and money. Erin Albert, a pharmacist in Indianapolis, says that residencies and apprenticeships for aspiring pharmacists after they’ve completed pharmacy school are competitive and often take years to complete.

Because postgraduate work is a serious undertaking, Albert recommends getting a feel for the career before diving in.

“Network [with as many professionals as possible]…to get a feel for different disciplines,” she says.

Other top jobs among the best in healthcare require either associates or bachelor’s degrees, such as medical technologist and dental hygienist.

Below are the 10 best jobs in healthcare heading into 2015, according to our Jobs Rated report metrics: 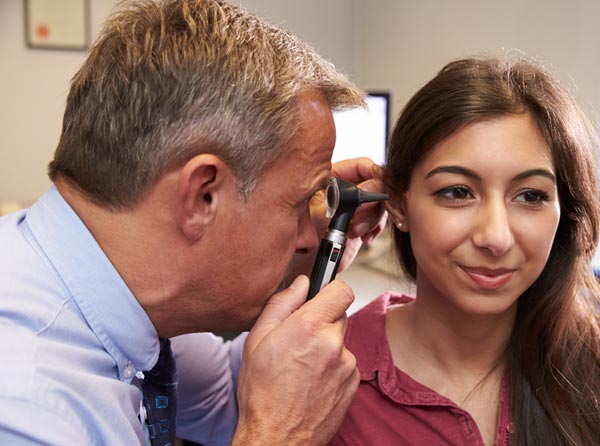 An audiologist diagnoses and treats hearing problems by attempting to discover the range, nature, and degree of hearing function.

We lead and facilitate the development of next generation process technologies and innovative technical solutions. On matters of regulation, our focus is on those requirements that impact — or will impact — the licensing of facilities, manufacturing processes and operations, and the sustainability of the supply chain over the product lifecycle. ISPE provides a neutral environment where our individual Members and experts belonging to Regulatory Authorities can engage in open dialogue on issues that will ultimately benefit patients around the world.

GlobalRPh was created with the vision of producing practical and user-friendly software and tools for the busy clinician. It all started with the development of intravenous dilution guidelines for several parenteral medications. Our goal has always been to spot inefficiencies that exist in a typical clinical practice, and then create innovative tools that help facilitate the overall process. Going forward, we plan to further expand on our extensive offerings including detailed disease-state management algorithms as well as multifaceted calculators that can perform several simultaneous functions.

ACP is a national organization of internists, the largest medical-specialty organization, and second-largest physician group in the United States. Our 143,000 members include internists, internal medicine subspecialists, medical students, residents, and fellows.

The MMA is a non-profit professional association representing physicians, residents and medical students. With more than 10,000 members, the MMA is dedicated to being the indispensable and unified voice of physicians for advancing the practice of medicine, the profession and patient health.

HealthProfessionsJobsPlus.com is a part of the HealthJobsPlus network of clinical career websites offering unique classified and advertising opportunities to health care recruiters and advertisers in nursing, medicine and allied health services.

PhysicianJobsPlus.com is a part of the HealthJobsPlus network of clinical career websites offering unique advertising opportunities to health care recruiters and advertisers for Physician jobs.

A news magazine for the nation's 41,000 emergency physicians, Emergency Medicine News provides breaking coverage of advances, trends, and issues within the field, as well as clinical commentary by Editorial Board Chairman James R. Roberts, MD, a leader in the specialty. The news magazine features comprehensive special reports, illuminating profiles, and dynamic editorials.

The ACG is the preeminent professional organization that champions the prevention, diagnosis, and treatment of digestive disorders by facilitating delivery of the highest quality, compassionate, and evidence-based patient care.

JEMS (Journal of Emergency Medical Services) and EMS Today: The JEMS Conference and Exposition are committed to being the leading providers of information for the improvement of patient care in the prehospital setting. We achieve our mission by delivering the latest and most reliable information through clinical breakthroughs, compelling case studies, management perspectives, legal advice, product innovations, research, special editorial sections,  supplements, face-to-face networking and more.

FDA Newswatch covers the FASB, GAAP, treasury regulations, developing international acounting standards and structural developments in financial markets.   It is our mission to enhance that news coverage with timely and relevant teleconferences with industry experts, and to provide employment opportunities to our readers.

The National Association of Worksite Health Centers (NAWHC) is a Chicago-based, trade organization focused on assisting public and private employers, unions and other sponsors of worksite health programs in getting the greatest return from their onsite employer health centers, onsite pharmacies, worksite fitness and wellness centers.

NAWHC also provides opportunities for those vendors, suppliers and consultants that support worksite health facilities and programs to interact with and learn about employers who offer onsite clinics.

Politico, known originally as The Politico, is an American political journalism company based in Arlington County, Virginia, that covers politics and policy in the United States and internationally. It distributes content through its website, television, printed newspapers, radio, and podcasts.  Powerjobs serves employers and job seekers in the professional areas of Government, Military, Defense, Finance, Legal, Engineering, Technology, Non-Profit, Healthcare, Legislation, Policy, Administration and more.

Thousands of jobs from a variety of niches.

The Best Jobs and How to Get Them

The cutting-edge book that finds you the best jobs & highest incomes.